My friend and I
had lunch and
Tuesday Chatter 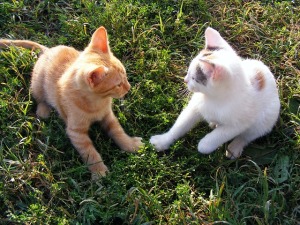 A friend and I went to lunch today.
She wanted to go to a deli downtown that is relatively new.
Fine with me.

Of course, we went at noon because we were having lunch.
Downtown is the State Capitol and home to the University.
There are lots of offices, shops, restaurants, apartments,
and a large hospital in the city center.
Everybody has lunch at noon.

Took awhile to find a parking place.
When we did find a place it was about four blocks from the deli.
Not a problem.
Except neither of us thought about putting any money
in the meter, until we were almost at the deli.
So, back we went to pay the meter.

When we got to the deli it was crowded but
the line to order moved quickly.
Too quickly for us.
They had a gazillion things on the menu board
and never having been there before we had to read the whole thing.
Okay, finally we ordered and paid.
Found a booth and our food was brought to us.
We haven’t seen each other in awhile and had lots to talk about.

The music was LOUD.
There were a lot of people talking LOUDLY.
Neither of us hears all that well.
We talked and talked but didn’t
really hear much of what the other said.

The food was a bit pricey.
My friend liked her sandwich.
I didn’t care much for my salad.
I did like her potato chips.

Still, seeing my friend made it a nice Tuesday.