A couple of weeks ago I was downtown waiting for the bus. While waiting I had a nice chat with a man waiting for the same bus. He looked to be in his late 70’s or early 80’s. He had a stroke a few years ago and used a cane and his speech was slightly slurred. But he was in no way frail or disabled. He stood straight not bent over and he walked with a spring in his step. He told me he goes downtown every Friday to meet his grandson for lunch at a soul food restaurant.

When the bus came there were two of his friends sitting up front. He joined them and I sat in the seat behind them. His friends were complaining about their aches and pains and about how hard life is. Well, he took exception to their way of thinking and told them that life is good and they should be happy they are still getting around and grateful for all they have when so many have so little. Then he told them that when he was a little boy he decided that he would not complain about his life even if he lived to be 100. 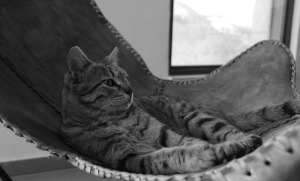 One of the men asked if he thought he would live to be a 100. He said yes, he was pretty sure he would. The friend then asked when he would be 100. He replied Monday. Yep, he was born in 1917 and Monday would be his 100th birthday!

Several people on the bus heard the conversation and went up to him to shake his hand and say happy birthday. Me, too. This man was amazing!  If my life can be like his at 100 I say bring it on! Really, if I am as fit at 80 or 85 as he is at 100 I will be more than happy, I will be ecstatic

10 thoughts on “Inspiration on the bus…”