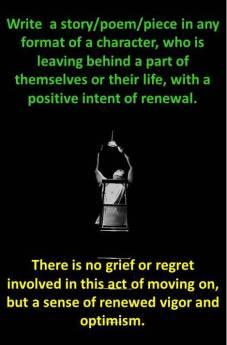 She sat with her back to the group of women having lunch and gossiping in the booth behind her.  She listened to their self-righteous mean conversation slowly coming to the realization that they were talking about her!  It hurt to hear what they were saying but mostly it made her angry. So very angry.  They didn’t really know her or about the things they were so arrogantly discussing.  She wanted to stand at their booth and tell them in no uncertain words what she thought of them and their stupid gossip about her.

Instead, she simply got up and walked out smiling as she passed them. There was satisfaction in seeing their shocked faces when they saw her.  Let them think what they wanted. After all, some of what they said was true, not all but enough to make her sad that she was once that foolish young woman.

As they say, with age comes wisdom and she was no longer that unhappy girl making bad decisions and stupid mistakes. Now she stood tall with her head up walking confidently with the knowledge of where and who she was today. She had learned from the past and no longer lingered there. The here and now is where she lived looking forward to a good and successful future.

9 thoughts on “Into the future…”