“When they discover the center of the universe,
a lot of people will be disappointed to discover they are not it.”
Bernard Bailey

Use the quote or the author as inspiration;
post a story…fiction or non-fiction,
a poem, a commentary, opinion or a picture.
Or use the word(s) under the quote as a starting point.
Just write!
Add your posts link to, In Other Words.
Somewhere in your post, add a link back here.
The link is open from Wednesday until the following Tuesday.

Click on the frog to see what people have to say and
add your thoughts in a post of your own.

Today I am linking to In Other Words prompt
“Dreaming, afterall, is a form of planning.”
Gloria Steinem
and to Six Sentence Stories prompt
Change 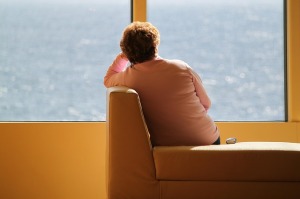 She worked long and hard to make her dream come true.  She had been unwilling to make any change in the plans and schedules that she made carefully and in detail every step of the way.  Many times she would cancel plans she made with friends and usually didn’t make it home for the holidays, birthdays or reunions. So often she broke dates with the man she loved and hoped to marry that one day he said goodbye and never came back. Everyone thought she was living the dream she worked so hard and sacrificed so much for all those years. But she knew the truth, she was living a nightmare of loneliness.

I had a really good idea about what I wanted to chatter about,
but I have forgotten what it was..
Why do I remember really dumb stuff and forget the brilliant?
It’s like going to the grocery store without a list because
you are only going to get bread and milk.
Then you get home with two large grocery bags filled
only to find you have forgotten the bread and milk.
Does that happen to you?

So, now I am going to get something to eat and read my book.
I’ll try again next week to be brilliant with my chatter.

Just wanted to let you know Jack and I, mostly me,
have been worried about Mama.
First she had the plague and finally it went away.
Then she had to take an antibiotic for something, she didn’t tell me what,
and she had a very severe reaction to it.
She was really sick!
Which is why she has been missing from here.
She says she will be back to normal tomorrow.
Well, she may be here, but I am not sure about the normal part.
We love her anyway.

And if that wasn’t enough, we live in Columbia, SC.
Yep, the place in the news with all the broken roads and bridges and lots of water.
We are high and dry but didn’t have water for about 36 hours.
Go figure, so much water everywhere but not any in the pipes!
Now we have to boil the water to make it safe.
Really no big deal compared to what some are facing.
Jack and I are sending them paw pats, head bumps and purrs.

We are very thankful for all the people that are helping
our state and it’s citizens to get through this emergency.

Mama will talk to you tomorrow.

“Spend the afternoon. You can’t take it with you.”
Annie Dillard

It’s true you can’t take it with you.
We get one day at a time and we can’t live it more than once.
Still, I am not a person that overly thinks about time and how I spend it.
Some days are very productive in that I do a lot;
go to work, shop, cook, clean, write, crochet, you know, stuff.
Then there are days I do very little;
walk, sit, play with the boys, visit with friends, read, daydream, nap.
Those “very little” days are just as important to me as the productive days.
Maybe they are more important.
Maybe the little days are put in a sort of savings account.
Then when you need comfort and strengthening during difficult times
you can go to the vault and pull out some of those little days
and spend some of it in thoughtful recollection and reflection.
Yes, I think the little days are in our memory banks collecting interest
making us happily wealthy in life’s stocks and bonds.

I am linking to