This week’s prompt for
In Other Words:

At home, I am a nice guy: but I don’t want the world to know.
Humble people, I have found, don’t get very far.”

I can’t say I agree with the man.
I guess it depends on your definition of humble and success.

If by humble you mean someone who feels
insignificant, unimportant, or inferior;
then it is true they won’t get far.
But if a humble person is one who
is modest, unpretentious, polite, and respectful;
there is nothing to say they will not go far.

If  being successful is measured only by
wealth, fame, or one’s position and status, honors and triumphs;
being humble would, perhaps be difficult, but not impossible.

It may be that humble people do not seem as successful as prideful people
because they do not tell the world, in all available news and social media,
of their achievements, accomplishments, and prosperity.

Lost in Translation/Thursday’s Special
prompt this week is

This is a picture of the rug in my living room.
It is an area rug not wall to wall.
When I bought it some people said it would be better
if I got a neutral rug with a subtle pattern
because I would get tired of this one quickly.
I loved it when I bought it and 18 years later I still love it.
I am glad I didn’t listen to the naysayers.

I am celebrating this week: 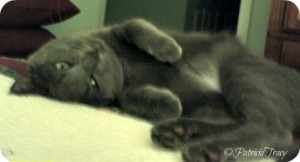 I work part-time these days and I get to have lots of perfect mornings.
I laugh a lot.
I have lots of me time and I can read to my heart’s content.
I am more relaxed about being in groups of people than I used to be. 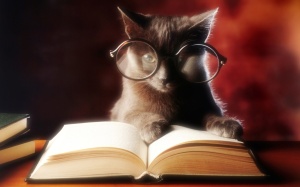 It’s the last Monday of July and here are the books I read this month:

I liked this book.
It was an easy read about an uneasy subject, drug addiction.
A young working woman, married with a child, is overwhelmed
and turns to prescription pain medicine to help her cope.
Jennifer Weiner writes good easy read books that are interesting.

I can’t say I liked this book but I didn’t dislike it.
It was ok.
Last book in a series about  a 92-year-old woman who was born male.
Maybe if I had read the other books this one would have meant more.
I think because the characters are all from previous books
they aren’t well defined here.
At least, to me, it seemed a lot was alluded to that happened in the past
and it was a bit hard to follow.

This is another book that has a main character, Bill, who has been in other books.
But this book stands on its own and I did like it.  I really liked Bill…he seemed real.
Bill was a police officer and is now a private detective.
He is married and has a daughter.
An old girlfriend calls him asking for help.
Her son has been arrested and charged with murder.
I liked all the characters…not so much the son,
but Bill and his old love and the attorney and sheriff.
I will read more by Mr. Pronzini.

I don’t know what to say about this book.
I liked it, I didn’t like it, I didn’t like Dyer, I liked Dyer.
Confused?  Me, too.
It is his memoir. And it is all about him.
From the beginning to about three-quarters through I really didn’t like Dr. Dyer.
But in the end I guess he is ok.  Certainly successful.

I always like Johansen’s books and this one is no different.
That being said her books have a formula to them and though
they are interesting and have excitement and some surprises
you pretty much know who will win and who will lose.
In this book Catherine Ling, a CIA agent is sent to save a woman from a madman.
Her mentor and friend, Hu Chang, and her 11-year-old son, Luke,
end up part of the rescue effort.
There is a Guardian that the madman is trying to get to
through the woman he kidnapped who has been rescued.
The Guardian works for a Committee and has telepathic powers.
I like Johansen’s books so I recommend it.  It is a good read.

It’s the last Monday of June and here is a list of books I read this month.

I liked this…but I haven’t read a book by Anna Quindlen that I haven’t liked.
I did want to make the main character, Rebecca, get a move on;
took her forever to figure things out.

This was very good.  Some good twists and turns and surprises.
Big bad secrets hidden for years by the “upper crust” and an important family.
It is one of those books that I almost figured out but not quite.

Amy was raised by her crazy shoplifting grandmother
and sometimes by her small-time crook father.
She never knew her mother and is now determined to find out about her.
Susan Isaacs has a way with witty dialog but this time around it was a bit much.
I liked the book but it wasn’t a page turner.

I always like Alice Hoffman books and I was not disappointed with this one.
It’s a love story that was weird, sad, strange, yet uplifting.
The Museum is a side-show of human oddities in the early 1900’s.
The owner’s daughter is used and abused
but she learns about love watching the “oddities”.
She meets a photographer and experiences love for the first time.
Well worth reading.

You must read this…but it is dark.
I read it in one day.  Could not put it down!
One morning, 25 years ago when Libby Day was seven,
her mother and sisters were murdered.
Her brother goes to prison for the murder partly because of her testimony.
Now she is questioning what she may or may not have seen that morning.
I never saw the end coming!
I had no idea what really happened until the last few pages of the book.
If you like mystery with weirdness read this but be warned it is ugly.

This was another very good book. It is volume four of the Clifton Chronicles.
I didn’t read the first three but this book does stand on its own.
This takes place in the 60’s and the Clifton-Barrington family is hard pressed
to keep from losing the ship building business that has been around for generations.
The characters are well drawn and I got to really liking the family
and really not liking their enemy.There is a fifth volume due out next year…
this fourth one was a cliff-hanger…I will have to read number five.
I may read the first three…or not.

On a completely different note…
this book was sent to me to review which I am going to do this week .
It is one woman’s story of reconciling belief and doubt in her search for God.

Right now I am reading I Can See Clearly Now by Dr.Wayne W. Dyer.
I am only about a quarter of the way through so the jury is still out.

Today I am taking part in a blog hop that
Brenda at BYG Adventures hosts.
In this hop she asks us to

This week we are to ponder the word watch.
So, here I go a pondering.

I have thought about this before so it isn’t a new pondering.
Why are watches called watches?
Shouldn’t they be called little clocks?  Or portable clocks?

When I went to Wikipedia to find out about watches I learned they are “watches”:
1) from an Old English word “woecce” that means watchman.
2) sailors called them watches because they used them to
keep track of the time of their “watches”.

Okay, I guess those explanations make some sense.

Now that wrist watches can do everything imaginable I think they should be called
wrist computers.

So there is my pondering for today.