Willa Obenchain is returning to her family’s New York farm after twelve years of living with Mohawk Indians.  She was taken by the Indians when she was fourteen.  She became Burning Sky and learned to live their way of life and to love them, she married and had two daughters.  After tragedy struck the clan she lived with leaving her a widow and childless Burning Sky decided to return to her roots and the white man’s way.

At her return she finds the farm abandoned and learns her parents were accused of being Tories and have been missing for years. The

boy she loved and thought she would grow up to marry, Richard Waring, is a man changed by the horrors of the war and is determined to have the Obenchain land.  This is something Willa refuses to accept.  It is her family’s land and she will live on it and work to make it her home again.

On her journey home she stumbled upon an injured man at the edge of the farm and knows she must care for him until he is well.  This man, Neil MacGregor, recovers, and against her wishes, stays with Willa to help her with the farm.  Then her Mohawk brother comes to take her back to the People.  These two men, along with Richard, make Willa doubt her place in the white world.  But can she return to the People now that her husband and daughters are gone and she is no longer Burning Sky?

While she tries to work her farm someone is trying to chase her off.  Willa learned many things while she was away that help her but her heart is torn between two worlds and two men who love her and one who wants to destroy her.  The one thing that keeps her on course is her faith.  She will not lose courage but it will be a struggle.

This is Lori Benton’s first novel and it is a good first.  I found it easy to become involved with the characters and to follow the story line.  Though at times I did want to shake them all, especially Neil MacGregor, and tell them to get on with it.

This book was sent to me at no charge by Blogging for Books in exchange for this review. 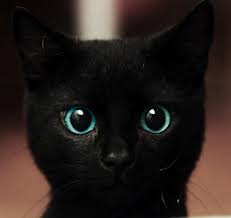 I sorta got in my head that I would post on Tuesday, Thursday, and Saturday…
no matter what!
Maybe some of the other days, too, if I get myself organized.
I don’t like it when I am not organized or don’t have some sort of schedule.

And here it is late Saturday and I haven’t a clue what to write about.
I have been brain-addled by the “what to do about Christmas gifts” thinking.

I don’t do a lot of “Christmas” but there are some peeps
that are too important to me to not do something
to express my appreciation and care for them.

Today I started gathering the stuff for what I am going to make
for most on my list.
Hope to get started tomorrow.
I am way late with this!
Had a terrible time coming up with something.
But the thinking part is done and now the doing can begin.

Okay, I did have something to write.
\O/

Today, I think I like it when I surprise myself. 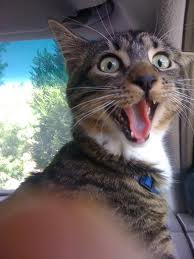 There is something I do everyday on the computer.
Even the days I am on a Computer Fast I do this.

Luminosity is a site with brain training games.
I only use the free version because I am smart enough to know
it would be stupid of me to spend money on games.
I am not saying it is stupid for everyone to pay for the full version
but it is for me because I have other stuffs to spend my money on
that are more important, like mortgage, utilities, food, etc.
But if you have plenty of money by all means buy the subscription
it looks like it would be worth it.

Some days I ace the games and my BPI goes up, exciting,
and some days I don’t do so well and it goes down, disappointing.
I can’t remember what BPI stands for but I want it to be a high number.

When I started playing my score was around 500.
Now it averages 1110.
There are lots of different games but in the free version fewer.
Some games I like and some not so much.
One thing I know; I am hooked on Luminosity.

But not addicted as I am to Spider Solitaire.
That’s a whole nother post!

Today, I am thankful that my brain is healthy and most of the time works well,
and my mind is, though somewhat ditzy, happy and contented.

I am a great singer.
Not!

To have a “pretty” voice is my dream.
But it is not a dream come true kinda thing.

Even though I have a less than average,,,I don’t like to say awful…
singing voice I still sing.
But never if people can hear me.
I will sing in groups if the group is large or if the music is loud.
And I sing “opera” to Teddy.
I don’t think he appreciates it but he puts up with it.

I took voice lessons for about six months.
The coach would say “well done” and “Bravo”
She was incredibly kind…or…deaf.

I didn’t take the lessons thinking I would become a singer.
I took them because a therapist I was seeing at the time suggested
I do something I always wanted to do but never did because I was afraid.
Singing lessons it was.

It was actually a very good thing to do.
The company I was working for had some financial difficulties so I was let go.
The singing lessons helped when I went on job interviews.
No, I didn’t sing to the HR people.
But I figured if I could sing, by myself in front of someone,
I could talk to an interviewer.

Whenever I got nervous at an interview I just thought about how I sang at my lessons.
Interviews were easy-peasy.

So there you have it.
#2 in the fascinating facts of my life.

Today, I think this cat has heard me sing.

I went for a walk today and it was a wonder.
The air was cool but the day warm.
The sun was bright but there were lots of clouds.
It was dry but the air felt a bit damp.
There was a slight wind but leaves were blowing around like it was wild.
There are lots of deep autumn colors but some pink azaleas are blooming.

It was a wonderful wonder.
I am thankful that there was such a beautiful day to enjoy.

Today, I think I had a great walk.

She was about to go in but Jack was coming up the walk so she sat down on the porch swing.  It had been awhile since the last time they were together; a long while because of the harsh words that were said back then.  Her words were harsh, his were soft and gentle, and oh how they hurt.  She had told him being friends was not enough and it hurt too much knowing there would never be more so she wanted him out of her life.  All he said was, “I love you, Lizzie, have since I was five, and always will, nothing will ever change that”, then he left. And now here he is sitting on the swing with her; just sitting, close like the best friends they are and always will be.

This weeks prompt is: close