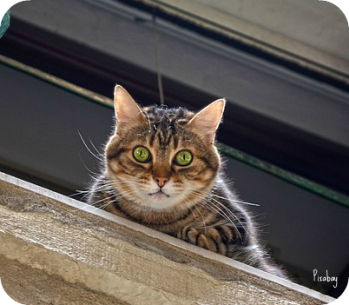 “Creative living is living a life that is driven
more strongly by curiosity than by fear.”
Elizabeth Gilbert

A friend and I had lunch one day at a rather trendy hip kinda place.  It was big and loud and busy and had great windows.  Oh, and the food was good. While we were there my eyes were drawn to the view.  It was not a remarkable view with unusual things to see but it was a pleasant view.

There were trees in groups of three  or more, some kind of evergreens.  It struck me that they looked like families.  Here was a mom, dad, couple of teenagers, and a little kid.  Over there  were two older folks and near them a nanny with two toddlers.  When I see sights like this that get my imagination in gear there is no stopping it.  I could think of all kinds of stories to tell about these tree people.

Imagination is such a wonderful gift.  Children have it in abundance but adults tend to shut it down.  Oh, there are those creative folks who never lose the ability to call it to the front of the stage of life.  Most simply let it sit and atrophy like muscles that are not used.

There was a season in my life that my imagination slept.  I had put it away like a good grown up and left it alone.  But for some reason every once in a while it would rouse from its nap and shake away the boredom of too much reality and bring me laughter and wonder.  I am thankful that my imagination would not be packed away with childhood memorabilia but was resilient and stubborn and a bit willful–sounds like a certain someone I know–and jumped out of the box.

Really, I like my imagination.  I am thankful for the gift of fun and creativity and humor and insight I am given when it comes out to play.