She was about to go in but Jack was coming up the walk so she sat down on the porch swing.  It had been awhile since the last time they were together; a long while because of the harsh words that were said back then.  Her words were harsh, his were soft and gentle, and oh how they hurt.  She had told him being friends was not enough and it hurt too much knowing there would never be more so she wanted him out of her life.  All he said was, “I love you, Lizzie, have since I was five, and always will, nothing will ever change that”, then he left. And now here he is sitting on the swing with her; just sitting, close like the best friends they are and always will be.

This weeks prompt is: close

She and Jack have been friends since the day they met, the first day of kindergarten, almost thirty years ago.  As friends they shared everything, or so she thought, until junior high when she found out he had a special secret place that he would not share with her.  She wanted to be let into that secret place so badly but no matter what she said or did it was off-limits to her.

Twice she thought he was going to open the door for her; once their senior year of high school and then again about three years ago when he divorced Linda.  All this time and with all they shared over the years still Jack would not let her into his special secret place.  Maybe she was just meant to be his friend but never to have the key to his heart. 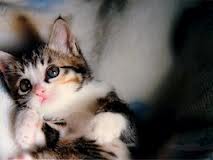 Once upon a time there was a young woman
who was widely, madly, crazily in love with a young man.
She did everything she could think of to get him beyond
“we are just friends”.

Nothing worked.
He was  a good friend, a loving friend,
but never a lover friend.

She sort of gave up, but not really,
if you know what I mean.
She dated other young men.

There was one who wanted to go beyond
“we are just friends”.
He was persistent and won her heart,  most of it,
but there was still a part that loved the other.

Late one night on her way home from who knows where,
on a lonely stretch of road,
she lost control of the car and had a terrible accident.
She was thrown from the car and lay on the road.

Someone saw the wreck and called the
Fire Department Rescue Squad.
She was unconscious and barely breathing when they got to her.

To begin CPR one of the EMS team started to cut off her shirt.
As he was removing it she opened her eyes and said,

Yep, the EMS guy was the young man she wildly, madly, crazily  loved.

She survived.
EMS man got teased, unmercifully, for a very long time.
They married and had kids.

This is a true story and as true stories often go
she didn’t marry the young man who was with the Rescue Squad.
They are still just friends. 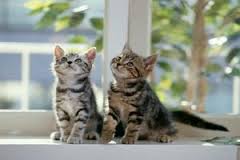 Today, I think you should know this is not my true story but the true story of someone else.

One of the things I like to do is cook for someone.
I am not crazy about cooking just for myself
and as I do live alone that’s what I do most of the time.

A couple of times a week I  share what I cook with a neighbor.
She is elderly and lives alone so I know she appreciates it.
Sometimes she will mention how much she likes a certain dish
and wonders if I have made it lately.
Maybe a hint of what she would like that week?

There are times when someone is sick or had some crisis.
I think taking them food is one of the best things  to do.
It is a time when cooking is a chore
and most often people really don’t eat much of anything
if they have to fix it themselves.

Today, I think I celebrate that I have enough, more than enough, to share. 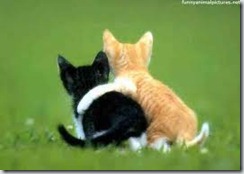 This week my bestest friend was off with her hubby on vacation.
A vacation without work or kids.
I hope she got a sexy new nightgown to take with her.
Really, long time married and off on their own for a whole week should mean…well,
you know what it should mean without my spelling it out.

The point of this post is not about that…
It is about finding some small thing that I did or that happened this week that I can celebrate.
Being a not too interesting person  (I really don’t do much of anything) this is no easy task.

But as I was pondering the week  I thought about my bestest friend.
She is not a small thing in my life she is a big part of my life.
But she is someone I celebrate knowing.
My life is richer and more fun and happier because she is a part of it.
I can laugh, talk about anything, rant and rave, and just be me when I am with her.
I have even cried.  Not something I do!

So this is what I celebrate this week…my friend…”Lucy”.

Today, I think I am one lucky ditz to have a friend who is much more than a friend.

Everybody needs friends.
Some people don’t think they do but they are wrong.
Friends are a necessity of life.

Some people have many friends and some have few.
I am a person with many people in my life; some are acquaintances and some are friends.
The friend people are important in my life…they add goodness to my life.

Then there are the friends that have a place deep in the heart.
They are the people who are with you through all the ups and downs.
They show up when you need them…sometimes before you know you need them.
They love you even when you are unlovable.
If you have one or two, or maybe three, of these special people in your whole lifetime
you are truly blessed.

Life is better when you have a friend walking beside you on the journey. 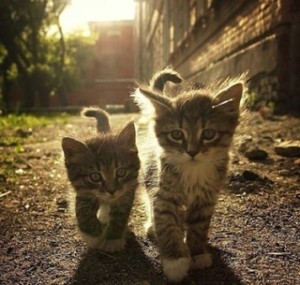 Today, I think I am one of the blessed.